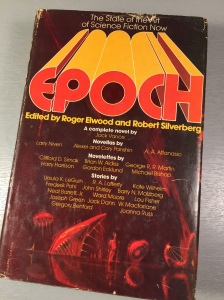 Welcome back to the book club re-reads. I have transcribed this story so that fellow GRRMspreaders can read and analyze this short story to see how it fits, or if it fits, into the A Song of Ice and Fire (ASOIAF) world.

Published in April 1983, this story is another that uses the theme of trees, drugs, and a rebirth of society after a global collapse. It brings to question the issue of loyalty- is there a such thing as too loyal? Should we care about the impact on the individual as opposed to the greater good?

ASOIAF readers will appreciate the imagery of water, trees, singers and songs, time trips, Winter, and of course, drug induced visions. Like prophecy, do they help or hinder? 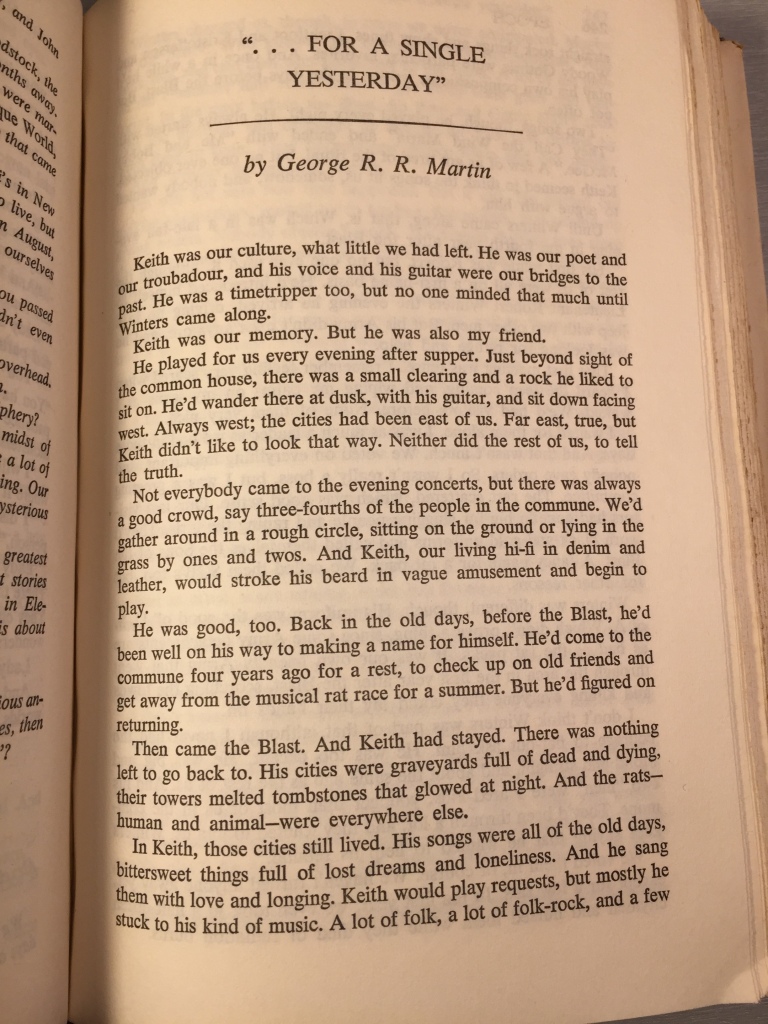 “…For A Single Yesterday”, by George R.R. Martin

Winters changed us, though, in ways we never antic­ipated. Maybe for the better. Who knows? He brought books and supplies. And guns, too, and two men who knew how to use them. A lot of the guys on the com­mune had come there to get away from guns and uni­forms, in the days before the Blast. So Pete and Crazy Harry took over the hunting, and defended us against the rats that drifted by from time to time. They became our police force and our army.

And Winters became our leader.

I’m still not sure how that happened. But it did. He started out making suggestions, moved on to leading discussions, and wound up giving orders. Nobody ob­jected much. We’d been drifting ever since the Blast, and Winters gave us a direction. He had big ideas, too. When I was spokesman, all I worried about was getting us through until tomorrow. But Winters wanted to re­build. He wanted to build a generator, and hunt for more survivors, and gather them together into a sort of village. Planning was his bag. He had big dreams for the day after tomorrow, and his hope was catching.

I shouldn’t give the wrong impression, though. He wasn’t any sort of a tin tyrant. He led us, yeah, but he was one of us, too. He was a little different from us, but not that different, and he became a friend in time. And he did his part to fit in. He even let his hair get long and grew a beard.

Only Keith never liked him much.

What to read next?

Looking for additional GRRM stories to chat about? Take a gander at these…

Published by The Fattest Leech

The She-Bear has begun to sing over at-> fattestleechoficeandfire.com https://fattestleech.wordpress.com View all posts by The Fattest Leech